Over the next week or so we will be upgrading some servers. Disruption should be minimal but there will be some. We plan to keep most, if not all, of the actual down time to early morning hours. Here is the plan.

Because our servers have different resource requirements we are using existing servers to replace others. We will be replacing the email server first with a much more powerful system since that machine gets the heaviest usage. Well, it's a toss up between that and the web server but the web server is already running on a suitably powerful system but see final entry for a change there.

The email server will have to be taken down while we migrate it. This is because we need to have the system in a static state while we do the final copy of user files. We have already copied files over and will keep on syncing the new server until the final sync so the downtime should be minimal.

Once we have installed, migrated and tested the new email server we will wipe the old one and recreate it as our NetTask Manager server. Again, we will need to have some downtime while we do this but it should be minimal.

Finally, we will add more memory to the old NT server and set it up to run the user databases. This will offload work from the web server making that server more efficient.

We will make more announcements as the various steps are taken and completed. Please bear with us while we make the Vex.Net experience even better for you. 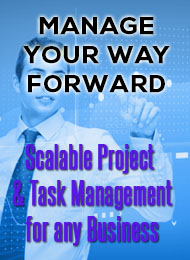